“The Beautiful Flowers Theatre” is a non-state professional theater, which was established in 2011 by graduates of Kharkiv National Kotlyarevsky University of Arts (Artem Vusik, Igor Klyuchnik and Denis Chmelyov). In the same year they founded the unique genre called Funk Futurism, which the theater uses up to now.

The creative interests of the team are focused on the development of theatrical art of the city and country, raising it to a high level, by harmoniously using old and new theatrical forms and techniques.

The theater was established on January 6, 2011 by three guys who had never worked together. They demonstrated their performance at the artists’ party, which turned out to be more  than successful. The performance was noticed by the city authorities and this made guys to create a proper performance. So, after a year theater showed “RAT” – an absurd performance without words, that combines the elements of pantomime, puppet theater and eccentrics. This way, the “Rat” performance (performance without words of comedy detective genre) appeared in a year and caused a certain discord against the other non-state theaters in Kharkov.

Over the next year, the “Rat” becomes a participant in many theatrical festivals of the city.

In April 2013, the theater presented its new creation: a socio-satirical performance called the “FAT”, in which, besides the usual cast, the famous Ukrainian musician and actor Sergey Babkin and his wife Snezhana Babkina take part.

The year 2014 began with the premiere of the “Red” performance, in which the eternal questions of the relationship between a man and a woman are revealed. In this project, Oksana Cherkashyna joined the main cast of the theater (the actress of Shevchenko Kharkov Academic Ukrainian Theater in the past).

In spring 2015, the performance “Dracula”, based on the Bram Stoker’s work, appeared in the theater repertory. The whole cast of six people is involved in this work, and Artyom Vusik acts as a director.

In May 2016, the theater presents its fifth performance, the  “SEX 2005” experimenting with music and space and going beyond the usual theatrical scene. All the action takes place in the chamber gallery and is accompanied by a guitar, where only two actors of the theater are involved: Artyom Vusik and Oksana Cherkashyna.

In the fall of 2016, “the Beautiful Flowers” theater is working on a joint project with The Kharkov National Academic Opera and Ballet Theatre and in November they release the premiere of  the “365”. This is the first in Ukraine and one of the few projects in the world that combines a harmonious blend of music by Antonio Vivaldi and Astor Piazzolla with a modern theater. In addition to the three members of the “Beautiful Flowers” ​​theatre (Artyom Vusik, Igor Klyuchnik, Oksana Cherkashyna), invited actors from other Kharkiv theaters — Armen Kaloyan, Dmitry Tretyak, Andrey Vaneev, Alexander Krivosheev, Konstantin Vasyukov, Bogdan Sinyavsky are also involved. The first violin and  the actor Mikhail Zakharov – famous Ukrainian musician who has been working in the Vienna Philharmonic for a long time –performs here.

Yuri Yakovenko is the conductor and music director of the project. The performance speaks to the audience in a modern language and on current topics, touches upon human issues, where each spectator can see the reflection of his own life.

In In February 2017, the theater shows the play “DPJ” — a joint project with the public organization “Line of consent”. In this documentary performance, the “Beautiful Flowers” theater first spoke from the stage and first worked with the playwright (Dmitry Levitsky). Here are represented the real stories from the war zone, veterans of the ATO share their experiences of life before the war, during the war and after it. 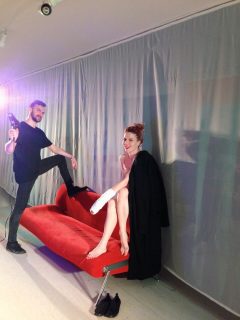 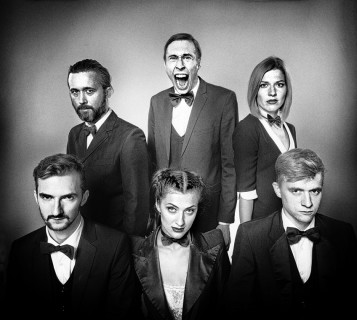 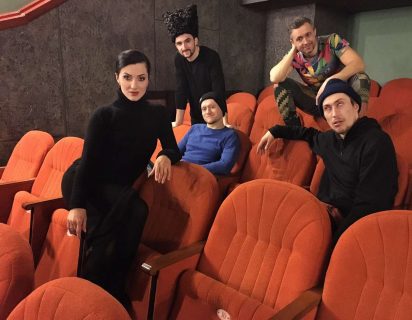 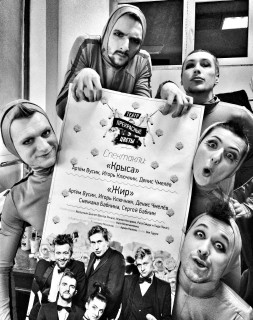 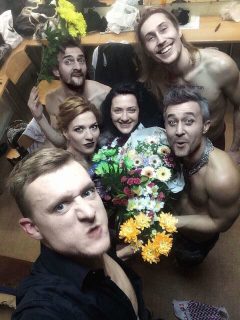 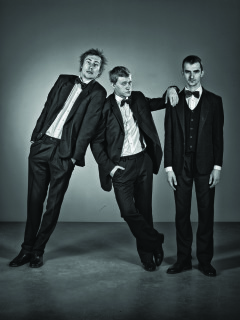 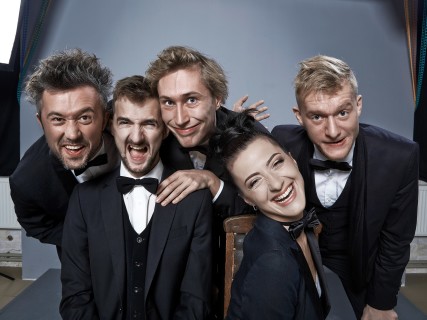 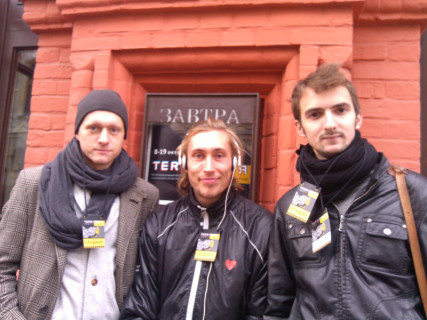 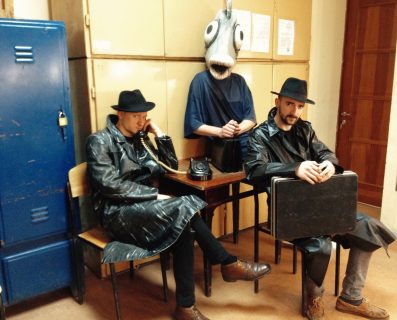 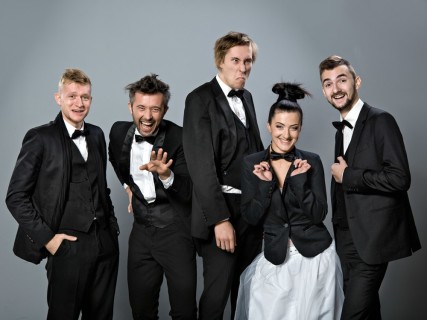 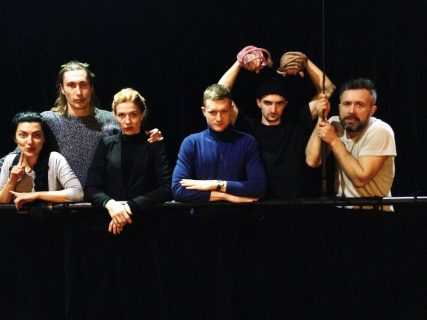 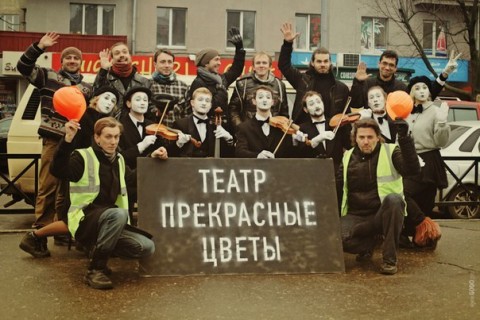 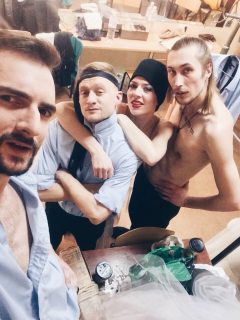 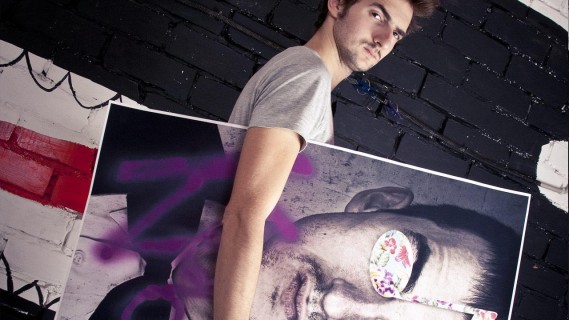 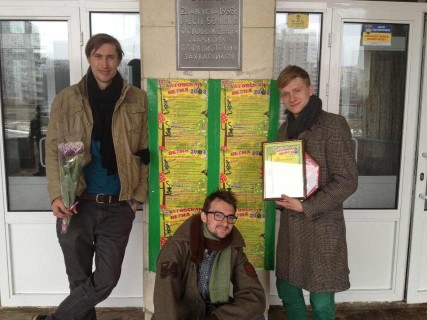 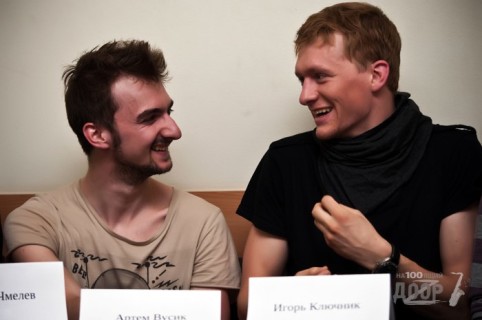 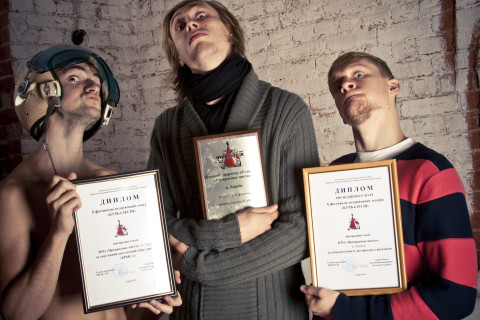 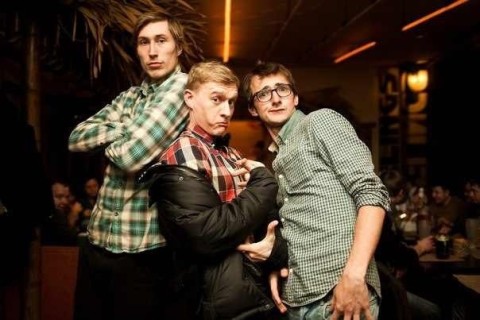 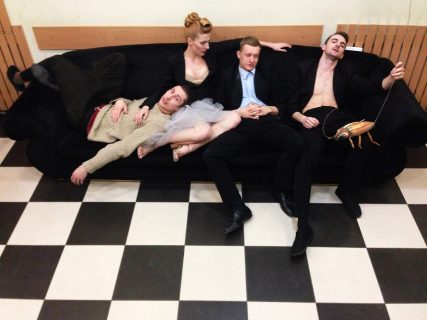 The play «RAT» laureate of:

The play «FAT» laureate of:

The play «RED» laureate of:

The play «DRACULA» laureate of:

The play «Room show» laureate of:

The play «DPU» laureate of:

The play «Anton and Natasha in search of the meaning of life» laureate of: